Most fans who remember the Are You Afraid of the Dark? Nickelodeon TV series think fondly of the early Nineties Midnight Society. Gary, Frank, Kiki, Betty Ann, and an ever-changing crew of friends sitting around a campfire telling memorable tales like “Old Man Corcoran,” “Watcher’s Woods,” “Laughing in the Dark,” and “Crimson Clown.” There are at least half-a-dozen stories from the original run of the series (1992-1996) that I would argue as ‘the best’ episode, while there is perhaps one story from the 1999-2000 run which I might consider in my personal top ten. 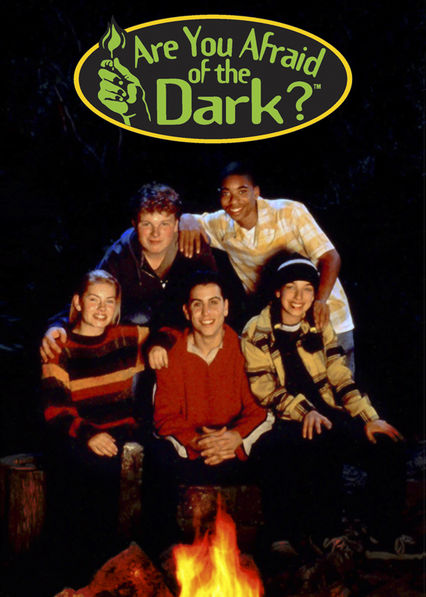 Are You Afraid of the Dark?: The New Class

The series was revived with an original member of the Midnight Society, Tucker, taking his brother’s place as leader of a new group of kids. Andy, Megan, Vange, Quinn are, most often, pale imitations of the original Midnight Society (Frank, Kristen, Kiki, Betty Ann?), with Quinn perhaps being the only new archetype, although he seems to fill Betty Ann’s role of quiet peacekeeper nicely. Frank really felt like an over-the-top asshole, but it still made sense that he was friends with these people and really enjoyed telling stories; Sam was a tomboyish heartthrob for both Gary and young, male viewer alike. The New Midnight Society had little to offer regarding the stories of the storytellers themselves.

There are a number of good episodes from seasons 6 and 7, episodes that meet the standard set by the original run. There are even a few exceptional episodes that any serious fan of the original series should not miss out on. Unfortunately, many episodes attempted to draw interest by focusing on trends like Giga Pets, lazer tag, computer games, sports, and one even made an Olympic champion figure skater into a pregnant alien. It’s really about what the later seasons seem to be missing. Seasons 1-5 built their success on retelling timeless stories and re-purposing urban legends – the kinds of tales which would’ve appealed to both our parents and grandparents when they were kids. 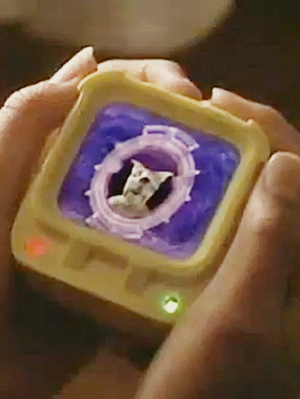 Cause virtual pets are scary AF.

The following are my recommendations for revival episodes of AYAOTD? that one should watch, if they enjoyed the original series and don’t want to sort through the chaff that is the majority of the 1999-2000 series. There are certainly episodes worth watching in addition to these six, but these are the stories I believe will feel most similar to the original run of the series.

“The Tale of the Forever Game” is a good restart to the series. Tucker tells the story about two friends, Mark and Peter, and Peter’s little sister, Monica, who get lost in the woods while biking. It has the feeling and tone of a story like “Whispering Walls,” while full of moral dilemma for Peter. The trio is hopelessly stuck, and the kids are being hunted down by a beast, while Peter plays a game reminiscent of Jumanji with a boy, Nathaniel, who occupies a tree.

“The Tale of the Hunted” deals with the moral debate over hunting. It’s well-done for a kid’s show, and doesn’t really pick sides at the end. The female protagonist hunts with her father, and one morning she wakes up and discovers what it’s like to be the one who is hunted.

“The Tale of Vampire Town” is wacky, a callback to the richness of character from a Season 1 tale. A boy, Adder, believes himself to be a great vampire hunter and convinces his parents to take him on vacation to a town with history and lore tied to vampires, specifically a series of catacombs which lie underneath the inn where the family is staying.

“The Tale of Bigfoot Ridge” is the tale I teased as a ‘Top Ten’ AYAOTD? episode. It would fit nicely in seasons 1-4. A boy and his sister are trying to get over the disappearance of their friend, who went off the backside of a mountain while snowboarding. The brother and sister end up searching for her, and get lost themselves during a snowstorm. They find an abandoned cabin and attempt to survive the night, while the storm is the least of their worries. Many of the other episodes focus too heavily on the trendy sport, activity, or product of the time. This episode has snowboarding in it, but, thankfully, doesn’t try to tell a story about snowboarding.

“The Tale of Highway 13” is the story of a repetitive haunting, where a truck races a haunted car, driven by two friends who rebuilt the car, to a one-lane bridge. The boys must continually race the truck until they either die trying to win, or solve the mystery and take a different action. This is a timeless tale, really well done.

Don’t try this at home.

“The Tale of the Reanimator” is perhaps only the second time that zombies were done well by AYAOTD?, the first being “Water Demons.” It has some of the flavor of the Reanimator movies, but it feels more like the mad-scientist experiments of Goosebumps: Stay Out of the Basement. 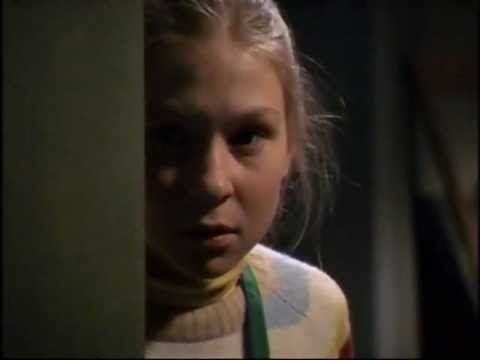 So, if you’re a fan of the original AYAOTD? series and have never seen an episode of the two revival seasons, I believe you’ll enjoy queuing up these six episodes and watching them back to back. Perhaps you’ll even delve deeper into seasons 6 and 7, and catch me up on a gem I overlooked.

I can’t imagine I’ll ever write an episode guide for the first five seasons of AYAOTD? since so much has been written and said about it already. So, I’ll just give my picks for best episodes – in no particular order: “Midnight Madness,” “Old Man Corcoran,” “Dead Man’s Float,” “Laughing in the Dark,” “Water Demons,” “Silent Servant,” “Crimson Clown,” “Dark Music,” “Super Specs,” and “Lonely Ghost.”

Joe Sullivan is the author of spook books, available on Amazon, and a fully illustrated book of horror tales inspired by Scary Stories to Tell in the Dark, currently live on Kickstarter.