The Thing at the Foot of the Bed and Other Scary Tales — Maria Leach, illustrated by Kurt Werth (1959)

This book was a touchstone for Alvin Schwartz in writing his Scary Stories to Tell in the Dark series. It features many of the same urban legends he would go on to include in his books — specifically, a cemetery dare, ghostly hitchhikers, body parts falling down chimneys, departed souls seeking lost possessions, and even a killer in the back seat.

Monster Tales and its 1974 sequel Horror Tales read more like The Hardy Boys meet The Brothers Grimm. Most curiously, the introduction to this book was written by Robert Bloch (best known for writing Psycho) and it certainly feels like it could have been the inspiration for each of Alvin Schwartz’s introductions in the Scary Stories series. “Precious Bodily Fluids” and “The Vrolak” are fun stories with fantastic illustrations.

This book has had a long shelf life. It is one of the Eerie Series — nonfiction books describing historical encounters with ghosts, monsters, and aliens. I remember it fondly in my elementary school library in the early ’90s. My boys regularly borrow it from our local library, though the newest version is missing Gammell’s drawings. I guess creepy babies in coffins is a harder sell in the 21st Century.

Scary Stories to Tell in the Dark — Alvin Schwartz, illustrated by Stephen Gammell (1981) 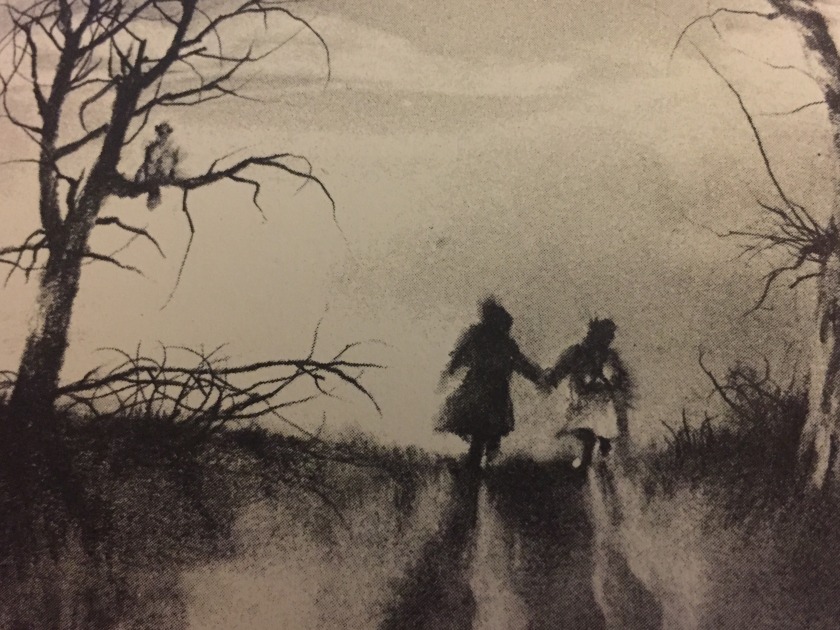 Schwartz is known as a modern folklore populist for good reason. Since Maria Leach’s The Thing at the Foot of the Bed, no other author had attempted to encourage storytelling in kids. The tales are short and memorable, and Schwartz gives tips on how the stories should be performed. I’m glad I heard these stories from a friend (in a dark, dark closet) before reading them, or seeing Gammell’s unbelievable illustrations. As a kid, you get caught up in the illustrations because they’re so garish, so unlike anything you’ve ever seen. You miss out on the full experience if you never hear the stories performed by someone your own age.

Esteban and the Ghost — Sibyl Hancock, illustrated by Dirk Zimmer (1983) 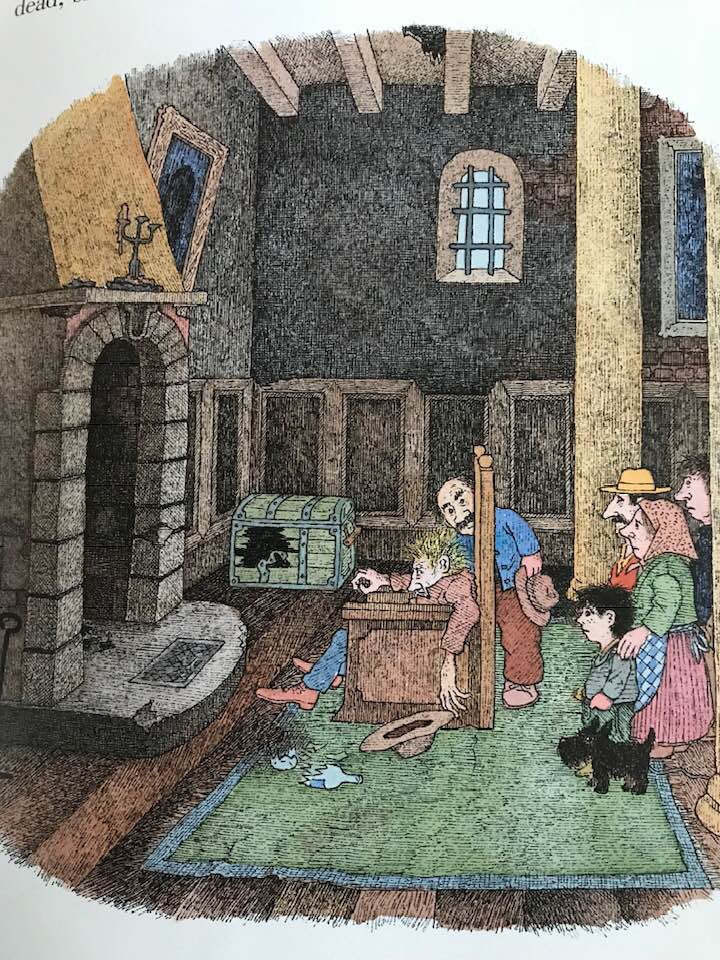 The artwork will seem familiar to fans of Alvin Schwartz. The story should too. It’s about a man who was dared to stay the night in a haunted castle. Everyone else who took the challenge died of fright. Esteban begins hearing noises coming from the chimney, body parts tumble out of the fireplace, then he finally encounters the ghost…

In a Dark, Dark Room/More Scary Stories to Tell in the Dark — Alvin Schwartz, Illustrated by Dirk Zimmer/Stephen Gammell (1984)

Most kids first encountered Alvin Schwartz through his I Can Read entry: In a Dark, Dark Room and Other Scary Stories. Tales like “The Green Ribbon” and “The Teeth” were memorable and frightening for a young reader, and could’ve easily been in the second installment in the Scary Stories series. 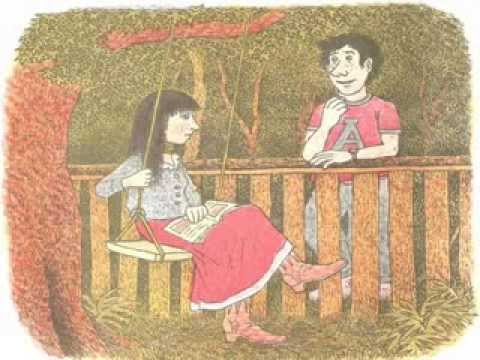 More Scary Stories ups the ante by instructing children in the practice of spirit conjuring with “A Ghost in the Mirror.” As long as there are mirrors in bathrooms, Bloody Mary will be with us for the rest of our lives.

There are some American ghosts present in this collection of tales, such as Lincoln, Edison, and Houdini. But its strengths lie within its location haunts like “The Bell Witch” of Tennessee, and “Black Aggie” of Maryland.

When the Lights Go Out: 20 Scary Tales to Tell — Margaret Read MacDonald, illustrations by Roxane Murphy (1988)

This is actually a sequel of sorts to MacDonald’s Twenty Tellable Tales (1986). Both books are clearly inspired by Shel Silverstein’s poetry books and the Scary Stories series, but aren’t meant to be frightening, and focus on the sillier elements of storytelling. 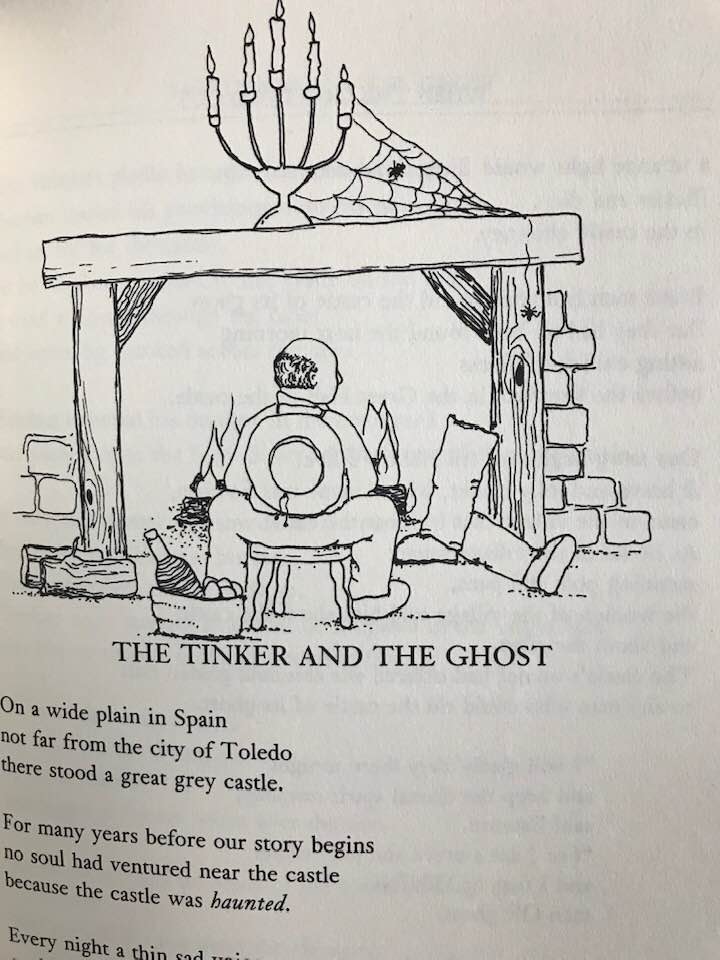 In the midst of his Scary Stories tenure, Gammell illustrated the heck out of 18 Halloween inspired poems. The poetry is forgettable, and it almost seems a waste of Gammell’s talent for the macabre, which he certainly delivers.

If You Want to Scare Yourself — Angela Sommer-Bodenburg, illustrated by Helga Spiess (1989) 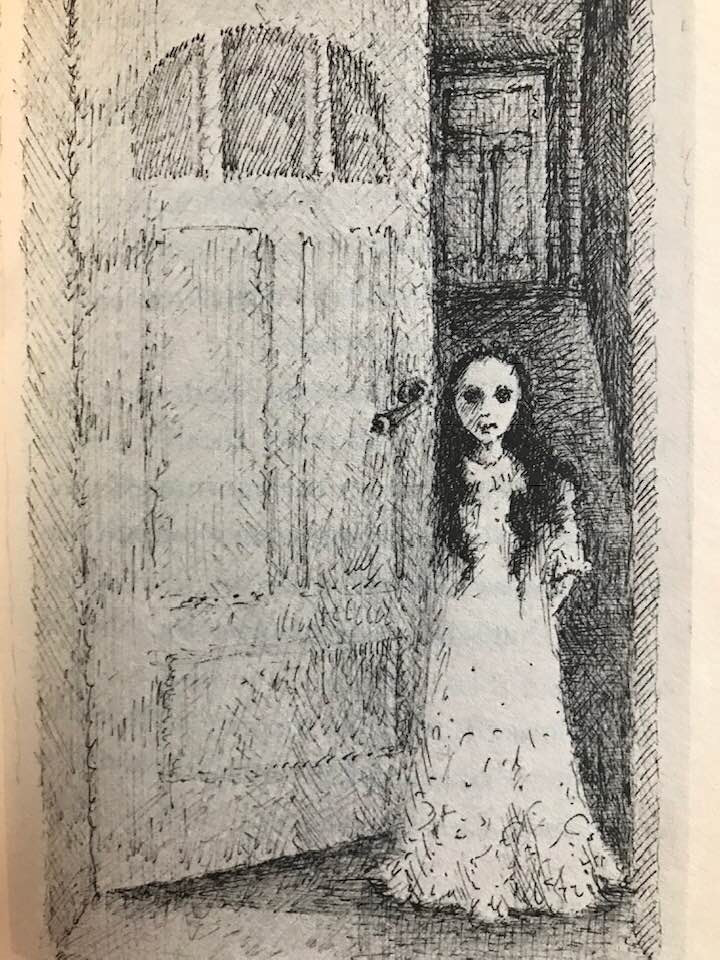 This book’s a hidden gem. Five original tales, originally published in German in 1984. It was a Scholastic release, but quickly got drowned out by the glut of elementary–age horror releases following the success of the Scary Stories and Fear Street books.

The text is from Macklin’s 1967 release Strange and Uncanny, and the stories are ‘true’ in the sense that America’s Very Own Ghosts is ‘true.’ This version of the book is illustrated and did well enough to warrant a sequel in 1994. There are some familiar topics, such as the vanishing hitchhiker/lady in the white, a murderous car, and a phantom pirate. But the text was written long before the Scary Stories craze and there are some genuine American legends that I promise you’ve never heard before.

The stories are longer, and Schwartz is at his most gruesome (see “Harold” and “The Red Spot.”) No longer are there instructions for performing the tales. The following year (only months after Schwartz’s death) would see the first Goosebumps release, which would change the face of elementary school reading — favoring chapter books, no illustrations, toned–down gore and much less violence. It’s interesting to think about what the next iteration of Scary Stories might have looked like. Would Schwartz have attempted a kid’s horror novel? R.L. Stine is a fan of the Scary Stories series. I can only imagine how much fun a hybrid Goosebumps/Scary Stories to Tell in the Dark style series might have looked like — and certainly illustrated by Stephen Gammell.

Scary Stories 3 was Gammell’s last iteration of his most beloved drawing style.

A solid collection of the goriest of Grimm’s fairy tales. The interior illustrations and choice of material remind me most of Elwood’s Monster Tales, while Professor Tatar offers a more interesting taste of classic folklore than many of her predecessors. 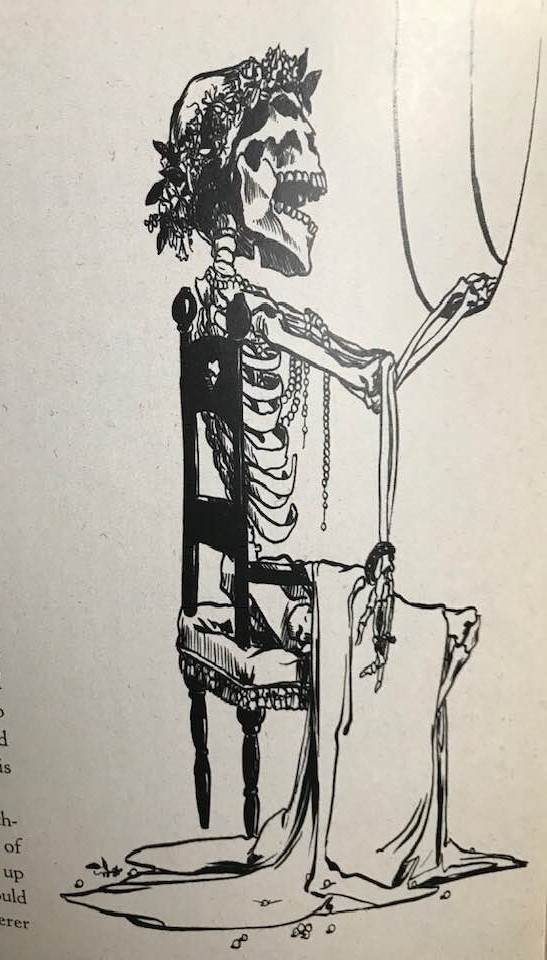 25 years passed before there was an illustrated collection of spook stories that even came close to the style of Scary Stories to Tell in the Dark. Which might speak more to the reach and influence of the Goosebumps and Harry Potter franchises. Nightmare Soup and its sequel, Nightmare Soup 2: The Second Helping, hit the tone and style of Schwartz and Gammell wonderfully. The stories have enough edge to keep 10- to 12-year-olds interested, without the confusing depth or vulgarity of contemporary horror and creepypasta. There are many illustrated books of horror stories that have come out following Tri and Sciazko’s first publication, but none are as accessible to that 10- to 12-year-old audience as the Nightmare Soup series.